Get this book in print

What people are saying - Write a review

We haven't found any reviews in the usual places.

Other editions - View all

TERRY M. MAYS is Assistant Professor of Political Science at The Citadel in Charleston, South Carolina. 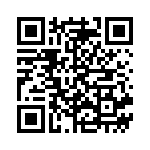